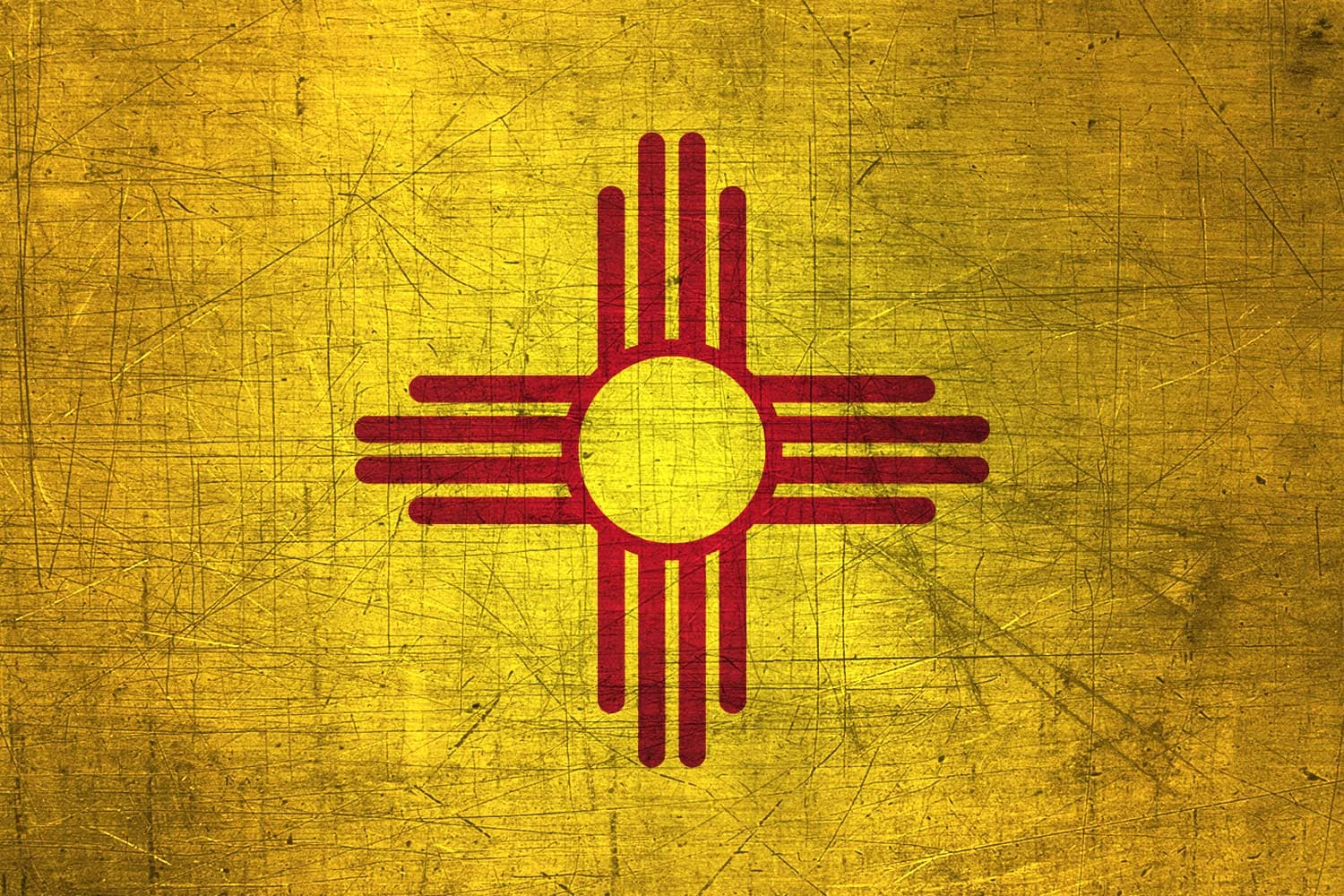 Concealed carry of a deadly weapon is prohibited.

Switchblade knives, a category that includes gravity and butterfly knives, are prohibited. It is likely that assisted opening knives would be included within the switchblade prohibition. See -automatic knives- for reference.

New Mexico law prohibits the concealed carry – outside of one’s residence or real property – of certain statutorily listed knives or cutting instruments. The specified items include any type of dagger, switchblade knives, bowie knives, poniards, butcher knives, and dirk knives. There is also a general/catch-all provision which includes all “such weapons with which dangerous cuts can be given, or with which dangerous thrusts can be inflicted, including sword canes, and any kind of sharp-pointed canes”.

A prohibition concerning the possession or commerce in “switchblade knives” is inconsistent with the New Mexico 30-7-2. Unlawful carrying of a deadly weapon.

Yes, the New Mexico State Constitution provides that no municipality or county shall regulate, in any way, an incident of the right to keep and bear arms.

‘Switchblade’ knives may not be manufactured, sold, or transferred.

Knives classified as ‘dangerous weapons’ may not be carried concealed.

There are restrictions as to deadly weapons on school grounds and public buses.

Unlawful possession of switchblades consists of any person, either manufacturing, causing to be manufactured, possessing, displaying, offering, selling, lending, giving away or purchasing any knife which has a blade which opens automatically by hand pressure applied to a button, spring or other device in the handle of the knife, or any knife having a blade which opens or falls or is ejected into position by the force of gravity or by any outward or centrifugal thrust or movement.

The prohibitions are stated as applicable to “any person”. There are no stated exceptions. New Mexico law 30-1-12 defines ‘deadly weapon’ as follows:

Switchblade knives are specifically included in the category of deadly weapons. The New Mexico criminal code restricts the concealed carry of any deadly weapon subject to specified exceptions 30-7-2:

A.  Unlawful carrying of a deadly weapon consists of carrying a concealed loaded firearm or any other type of deadly weapon anywhere, except in the following cases:

(1) in the person’s residence or on real property belonging to him as owner, lessee, tenant or licensee;

(2) in a private automobile or other private means of conveyance, for lawful protection of the person’s or another’s person or property;

(3) by a peace officer in accordance with the policies of his law enforcement agency who is certified pursuant to the Law Enforcement Training Act;

(5) by a person in possession of a valid concealed handgun license issued to him by the department of public safety pursuant to the provisions of the Concealed Handgun Carry Act.

A general rule of statutory construction is that an interpretation that removes or impairs individual liberty is dis-favored. This rule of construction tends to suggest that 30-7-2 would prevail over 30-7-8 as the U.S. Supreme Court has held “that keeping and bearing commonly used arms is an individual right.” Automatic knives may be lawfully kept and used in over 40 states.

We cannot state or predict with certainty how this issue would be resolved. New Mexico law provides that statutes should be given their ordinary meaning, with clear and express legislative intention to the contrary, “as long as the ordinary meaning does not render the statute’s application absurd, unreasonable, or unjust.” State v. Rowell, 908 P.2d 1379 (1995). The two statutes seem incompatible.

The definition of switchblade includes force of gravity and centrifugal thrust or movement language so that there is no distinction between switchblade and gravity knife under New Mexico law. Both types are prohibited.  In the case of State v. Riddall, 811 P.2d 576, (1991), butterfly knives were held to be within the 30-7-8 prohibitions.

Neither the New Mexico legislature nor its Courts have adopted the bias toward closure distinction which was incorporated into the Federal Switchblade Act in 2009. Accordingly, knives with assisted opening features should be avoided in New Mexico.

This has been described as a “quaint collection of nineteenth-century weapons” in the Supreme Court case of State v Nick, 218 P.3d 868 (2009), which also established the test for determining whether a non-listed or non per se knife is a deadly weapon: In a simple possession case, the jury must find that the object was possessed with intent to carry it as a weapon and that it was capable of causing the wounds described in the statute. These are determinations that cannot be ruled on by a trial court as a matter of law and taken from the jury’s consideration, no matter how obvious the existence of any essential element of an offense may seem. Thus, the prosecution would have the burden in a case based on 30-7-2. Unlawful carrying of a deadly weapon to prove intent to use the item as a weapon, but not necessarily criminal/unlawful intent; and that is capable of causing dangerous wounds. In this case, it involved a juvenile who had in his possession a pocketknife while on school grounds and was charged with possession of a deadly weapon while on school premises. The New Mexico Supreme Court reversed the conviction. As to knives in general it observed: The ‘deadly weapons’ definitional statute, which includes specifically named weapons and several generic catchalls, neither refers to a pocketknife in particular nor to all knives in general. While it includes ‘any firearm, whether loaded or unloaded,’ it does not include ‘any knife.’ The Court further stated: The striking characteristic of all the inherently dangerous items identified by name in the statute is that they are generally carried on one’s person for their utility as offensive or defensive weapons. In contrast, no definition of ‘pocketknife’ we have found refers to it as a ‘weapon’ or refers to its having a purpose of use against other human beings.

Whether a knife not specifically listed in the deadly weapon definition will be determined to be a deadly weapon will largely rest on the intent of the individual in possession. The prosecution would have the burden in a simple possession case based on 30-7-2. Unlawful carrying of a deadly weapon to prove intent to use the item as a weapon either offensively or defensively. Proof of criminal intent is not an element.

Exceptions for ‘peace officers’ are provided in 30-7-2. and 30-7-2.1. It is not clear whether the exception would extend to those knives which are the subject of 30-7-8. due to the inconsistencies in the statutes as discussed above.

It would require considerable linguistic dexterity to find that sub-parts (3) and (4) of 30-7-2 create a ‘switchblade exception’ for law enforcement, but sub-parts (1), (2), and (5) do not have the same effect for all citizens.

New Mexico law, 30-7-4 provides that it is an offense to endanger the safety of another by handling or using a deadly weapon in a negligent manner.

Violations of the concealed deadly weapon, switchblade, and negligent use prohibitions are petty misdemeanors, and as such, there is a maximum punishment of up to 6 months confinement and/or fine up to a maximum of $500. A violation of 30-7-2.1. is a fourth-degree felony, punishable by up to 18 months and up to $5,000.