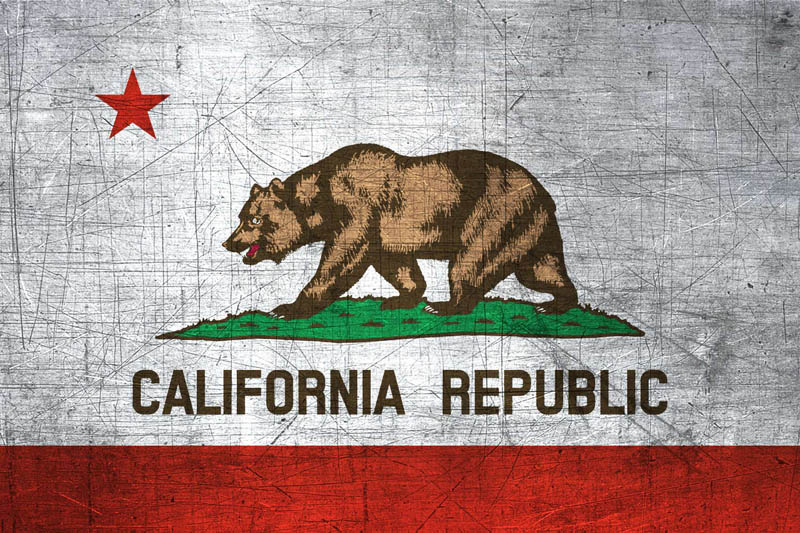 Concealment is a factor under California law.

**Definitions for these items are found in 16590 Generally prohibited weapon defined.

California Penal Code 21310 which provides that it is unlawful to carry any dirk or dagger concealed is the primary statewide restriction applicable to knives. While this may seem to be only a modest limitation, the definition – 16470. Dirk defined; dagger defined – is overbroad to the extreme.  Only nonlocking or slip joint design folding knives are excluded. Whether a given knife is a dirk or dagger is a jury question that presents the risk of uncertainty. The circumstances of possession are factors that a jury is instructed to consider.

Any fixed blade knife can be a “dirk or dagger” under California law and should be carried openly in a sheath suspended from the waist. Various knives disguised as other objects are prohibited. Any automatic (switchblade) knife, having a blade two inches in length or more, should not be carried, possessed in a vehicle or location open to the public, or transferred.

Statewide uniformity does not exist with respect to knife possession and carry. Restrictive ordinances are common in municipalities throughout the state.

Restrictions on manufacturing and transfer do apply to the items listed above in the “Restricted Knives” section.

It is unlawful to carry concealed upon the person any dirk or dagger which is defined broadly so that it may include any fixed blade knife, as well as any folding or retractable knife with a locking blade.

Restrictions apply to all knives, except for non-locking folding knives with a blade no longer than two and one-half inches, on any public or private school property K through university. An exception exists for any fixed blade knife with a blade longer than two and one-half inches “upon the grounds of, or within, any private university, state university, or community college for lawful use in or around a residence or residential facility located upon those grounds or for lawful use in food preparation or consumption.”

“Any knife with a blade length in excess of four inches, the blade of which is fixed or is capable of being fixed in an unguarded position by the use of one or two hands” is restricted in state or local public buildings or meetings as well as airports and passenger vessel terminals. “Box cutters” are prohibited in airports and passenger vessel terminals. A separate section also prohibits any undetectable knife in the sterile area of any public transit facility.

California enacted a switchblade restriction in 1957. The original definition has been changed. The current statutory definition at 17235 for “Switchblade knife” is as follows:

As used in this part ‘switchblade knife’ means a knife having the appearance of a pocketknife and includes a spring-blade knife, snap-blade knife, gravity knife, or any other similar type knife, the blade or blades of which are two or more inches in length and which can be released automatically by a flick of a button, pressure on the handle, flip of the wrist or other mechanical device, or is released by the weight of the blade or by any type of mechanism whatsoever. ‘Switchblade knife’ does not include a knife that opens with one hand utilizing thumb pressure applied solely to the blade of the knife or a thumb stud attached to the blade, provided that the knife has a detent or other mechanism that provides resistance that must be overcome in opening the blade, or that biases the blade back toward its closed position.

Restrictions on the carry of “dirks” and “daggers” originated in 1917. In 1993 the legislature created a statutory definition that focused on whether the item was primarily designed as a stabbing instrument. Two years later the definition was broadened by substituting the words “capable of ready use” in place of “primarily designed” as a stabbing weapon.  This caused some concern as to overbreadth so in 1997 the legislature added the wording from statutory definition 16470:

A nonlocking folding knife, a folding knife that is not prohibited by Section 21510, or a pocketknife is capable of ready use as a stabbing weapon that may inflict great bodily injury or death only if the blade of the knife is exposed and locked into position.

The whole definition is as follows:

Supposedly, this 1997 amendment was intended to prevent the over-extension of the definition. In effect, it facilitated extension by inviting prosecutors to pursue pocket under the concealed dirk or dagger statute as revealed by the case of People v Castillolopez 371 P.3d 216 (2016).

Emmanuel Castillolopez was a passenger in a vehicle stopped by police in 2012. It was asserted that he had an ersatz “swiss army knife” in a coat pocket with the blade opened. The knife was a multi-tool slip joint, nonlocking design. He was charged and convicted of carrying a concealed dirk or dagger on the theory that the blade of the knife was exposed and locked into position. Defendant Castillolopez appealed to the Court of Appeals (an intermediate appellate court) which reversed the conviction:

We reject the Attorney General’s contention that, ‘[b]ased on the plain language’ of 16470, the phrase ‘locked into position’ means ‘fully open’ and, thus, 16470 reasonably defines [a dirk or dagger] as any folding knife, other than a switchblade, [that is] fully fixed into an open position,’ whether or not the blade ‘mechanically lock[s] into place.’

Kamala Harris – then California Attorney General, now Vice President of the U.S. – was unsatisfied and appealed to the California Supreme Court seeking to reinstate the conviction of Castillolopez. AKTI submitted an amicus curiae brief on behalf of Mr. Castillolopez. The California Supreme Court ruled that his conviction must be reversed. The holding of People v Castillolopez is that a nonlocking folding knife such as a slip joint design is not “locked” when open and is excluded from the category of dirks and daggers.

A decision in the case of State v Hester, 58 Cal.App.5th 630, in December 2020, upheld a conviction for possession of a concealed dirk or dagger where the items in question were two boxcutters each having a blade about one inch in length.

Defendant Hester was arrested based on a description of a witness who observed a man with a cut on his hand. The witness observed Hester after she went into her house to get a towel to bind his wound. The witness claimed that she then heard Hester threaten the victim and her. Hester was stopped shortly thereafter and found to have a folding boxcutter in a pocket and a second retractable boxcutter in his backpack. Blood was not observed on either boxcutter or Hester’s clothing.

Hester was charged with assault with a deadly weapon, making criminal threats, and possession of a dirk or dagger. The assault charge was dismissed at trial in the absence of proof that Hester had inflicted any injury. The trial judge also dismissed the use of a weapon in connection with the criminal threat element, but Hester was found guilty on the dirk/dagger charge and of communicating a threat.

Hester had argued that the less than two inches in blade length California legal automatic knife exclusion should apply. This was rejected by the Court of Appeals. Accordingly, there is no allowable maximum length limitation under California law. Hester applied for a review of his case by the California Supreme Court and AKTI was poised to submit an amicus curiae brief, but his petition was rejected.

The issue of whether a knife is capable of ready use as a stabbing weapon is a jury question.  California juries are instructed by a judge using CALCRIM No. 2501 which is a standard wording developed by a committee, and which includes the following:

The defendant is charged with unlawfully carrying a concealed dirk or dagger in violation of Penal Code section 21310.

To prove that the defendant is guilty of this crime, the People must prove that:

The People do not have to prove that the defendant used or intended to use the alleged dirk or dagger as a weapon.

When deciding whether the defendant knew the object could be used as a stabbing weapon, consider all the surrounding circumstances, including the time and place of possession.

Consider also the destination of the defendant, the alteration of the object from standard form, and other facts, if any.

While dirks and daggers may be lawfully carried openly under California State law, a City of Los Angeles ordinance imposes significant carry restrictions.

Penal code 20200 does not prescribe the exclusive method of open carry compliance. The above mentioned standard jury instruction CALCRIM No. 2501 suggests a “substantially concealed” test. The issue is not statutorily defined. We suggest that “pocket clip” carry of a folding knife with a locking blade – potentially a dirk or dagger – should be carefully considered as it may not be compliant.

California law provides for enhanced penalties for repeat offenders. Emmanuel Castiollopez, mentioned above, was sentenced to a prison term of three years and eight months. Jonathon Lee Hester was sentenced to six years for the possession of two box cutters.

*People v. Castillolopez
3 Cal. 4th 322 (2016)
A Swiss Army-style knife is not a locking dagger or dirk knife, even when open, under California law.

In re: Luke W
88 Cal. App. 4th 650
A credit card multi-tool knife is not a concealed dagger or dirk knife in California.

*People v. Rubalcava
23 Cal. 4th 322 (2000)
The prohibited weapons statute is a general intent crime and does not require an intent to harm.