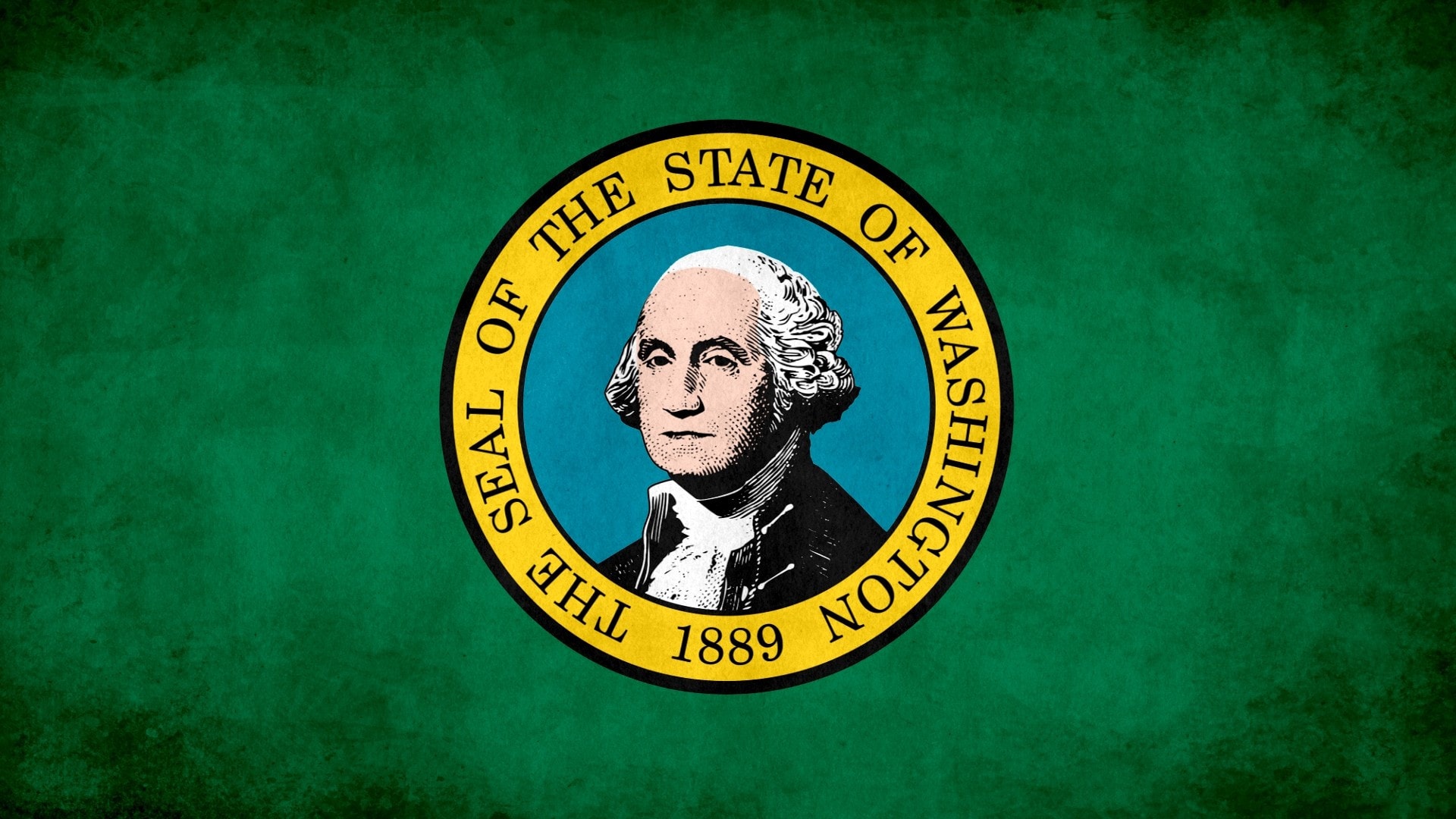 Washington law provides that it is a crime to “furtively carry . . . with intent to conceal any dagger, dirk, pistol, or other dangerous weapon.”

Knives and other dangerous weapons prohibited on school grounds.

It is also a gross misdemeanor to possess a spring blade knife which under the definition would include an automatic knife or gravity knife, but exclude any movable blade knife with a “bias toward closure”.

While there is no preemption of local laws with respect to the possession of knives, there is some consistency or uniformity in the municipal ordinances of three of the four cities examined. Seattle, Tacoma, and Vancouver prohibit the open or concealed carry of any “dangerous knife,” which in each case is defined as a knife with a blade longer than three and one-half inches.

9.41.250 provides that it is an offense to manufacture, sell, or dispose of any “spring blade knife.”

9.41.251 provides an exception for any “manufacturer or commercial distributor”. In other words, it is legal if done on a large scale.

The wording of 9.41.250 provides that one who “Furtively carries with intent to conceal any dagger, dirk, pistol, or other dangerous weapon” commits an offense. The meaning of “furtively” and the “element of intent” is discussed in more detail below.

It is unlawful for a person to carry or possess knives on public or private elementary or secondary school premises, school-provided transportation, or areas of facilities while being used exclusively by public or private schools. There is an exception for private military schools. Other places where knives are prohibited include law enforcement facilities, jails, correction facilities, court facilities, and any portion of an establishment classified by the state liquor and cannabis board as off-limits to persons under twenty-one years of age.

“‘Spring blade knife’ means any knife, including a prototype, model, or other sample, with a blade that is automatically released by a spring mechanism or other mechanical device, or any knife having a blade which opens, or falls, or is ejected into position by the force of gravity, or by an outward, downward, or centrifugal thrust or movement. A knife that contains a spring, detent, or other mechanism designed to create a bias toward closure of the blade and that requires physical exertion applied to the blade by hand, wrist, or arm to overcome the bias toward closure to assist in opening the knife is not a spring blade knife.”

This definition includes what people in the knife community refer to as automatic knives, as well as gravity knives.

This exemption does not apply to persons serving in positions that are “basically clerical or secretarial in nature”.

A Seattle police officer, Angela Johnson, responding to a public disturbance complaint at an intersection, encountered sixteen-year-old Dalona Myles, who “rudely responded” when questioned by officer Johnson. This precipitated a pat-down search of Myles, which revealed a paring knife with a three-inch blade in a pocket. She was charged, as a juvenile, for carrying a “dangerous weapon” furtively and with intent to conceal the same. The record does not suggest that Myles took the knife in hand during the incident.

Myles was found guilty in the juvenile proceeding and then sought review by the Washington Court of Appeals. That court held that the paring knife was a dangerous weapon:

A fixed-blade paring knife of whatever length is sufficiently like the specific objects ‘dagger’ and ‘dirk,’ named in the statute, that neither an ordinary citizen nor a police officer would have trouble understanding that under certain circumstances, such a knife may be a ‘dangerous weapon.’ State v Myles, 879 P2d 968 (1994). (underling supplied)

The Court of Appeals gave the nod to the principle of ejusdem generis and concluded that a ‘fixed-blade paring knife of whatever length’ was in the same class of knives as “daggers” and “dirks.”  It incorporated “circumstances of possession” into 9.41.250. In other words, a thing might be a simple legal utensil in a kitchen, but if it is carried out into a street, it becomes a dangerous weapon.

The Court of Appeals did conclude that Myles had not committed an overt furtive act of concealment and dismissed the juvenile court finding based on that the element of intent was not established.  The prosecution then took an appeal to the Washington Supreme Court.

The State Supreme Court accepted that the paring knife was a dangerous weapon and did not disturb the Court of Appeals’ reasoning on that issue. It further solidifies the circumstances of possession aspect by judicial incorporation:

Lastly, we note that our reading of the statute is consistent with its apparent purpose. The statute is clearly designed to deter and punish the carrying of dangerous weapons under conditions which create an increased risk of unexpected or unforewarned violence. State v Myles, 903 P2d 979 (1995).

Thus, it is likely that, given the circumstances or conditions, any fixed blade knife, regardless of blade length, can be a “dangerous weapon”.

The Washington Supreme Court reversed the Court of Appeals’ decision in Myles on the issue of intent and concealment. It rejected the conclusion that an overt furtive act of concealment was an element of the offense:

9.41.250 by its terms does not require a furtive overt movement. It does require evidence of intent to conceal a dangerous weapon. As in Halstien, we need not, and do not, describe the particular conduct or circumstances which might establish that intent. While an overt movement may evidence such intent, so might other action or even inaction (or perhaps what a person says, in context), depending upon the circumstances. Rather than requiring a furtive overt movement evidencing intent to conceal, what the statute requires is evidence that defendant’s conduct in light of all the circumstances proves beyond a reasonable doubt that a dangerous weapon was furtively or secretly carried with the intent to conceal it. State v Myles 903 P2d 979 (1995).

The Supreme Court opinion points out that “furtively” is an adverb that applies to the conduct in question, which is “carrying”;

The forbidden conduct under this statute is the furtive carrying of any dagger, dirk, pistol, or other dangerous weapon. The word “furtively” is an adverb, Webster’s – ‘Furtive’ means done by stealth: SECRET, SURREPTITIOUS, SNEAKY, SLY… Thus, ‘furtively carry’ means to carry stealthily, secretly, sneakily, or slyly.

Concerning fixed blade knives, the argument can be made that one is typically not being sly or furtive about a knife carried in a sheath suspended from a belt at the waist. We cannot state with any degree of confidence how the courts in Washington would view such a method of carrying. The Myles case was decided differently by the two appeal-level courts. At the Supreme level, three of the nine Justices dissented with respect to the ultimate disposition of the case.

9.41.270, is at the opposite end of the carry scale from concealed. It makes it unlawful for weapons to be overly visible:

It shall be unlawful for any person to carry, exhibit, display, or draw any firearm, dagger, sword, knife or other cutting or stabbing instrument, club, or any other weapon apparently capable of producing bodily harm, in a manner, under circumstances, and at a time and place that either manifests an intent to intimidate another or that warrants alarm for the safety of other persons.

Popular cultural factors, and the educational system at all levels have combined to weaken the psyche of many making it difficult to avoid causing others to become alarmed or triggered. A suggestion is that you remain circumspect and exercise restraint when carrying or using a knife in Washington.

There is an exception for one’s conduct in his or her place of “abode,” but this does not extend to the yard surrounding the abode. State v. Owens, 324 P.3d 757 (2014). There are also exceptions for persons making a lawful arrest or participating in military activities sponsored by the federal or state government.

The exceptions for possession and use of spring blade knives by, police, fire fighters, and rescue personnel do not apply to daggers and dirks as specifically listed in 9.41.250. There are exceptions for law enforcement to the restrictions on schools and court facilities.