The Spartan army stood at the center of the Spartan state, whose citizens’ primary obligation was to be killing machines. The Spartans were one of the most feared military forces in world history. At the height of Sparta’s power, it was commonly accepted that, “one Spartan was worth several men of any other state.”

The tales of Spartan warriors are filled with pictures of fearless and almost reckless bravery. The story that most of us are familiar with (thanks to the movie 300) is The Battle of Thermopylae. This was a week long battle where a Greek force of approximately 7,000 men marched to block the pass of the Persian army. The ancient sources alleged the Persian army to have numbered over one million, but today it is considered to have been more like 100,000 – 150,000 Persians. Either way, the battle was a few Greeks vs a lot of Persians. And for most of the time the Greeks had the upper hand. What the Greeks accomplished that week has since been celebrated in many different ways.

The vastly outnumbered Greeks held off the Persians for seven days (including three full days of battle) before they were annihilated in one of history’s most famous last stands. During three full days of battle, the small force led by Leonidas blocked the only road by which the massive Persian army could pass. After the second day of battle, a local resident betrayed the Greeks by revealing to the Persians a small path that led behind the Greek lines (if this wouldn’t have happened who know how long the Greeks would have held off the Persians). This betrayal sealed the fate for the Spartans and the remaining Greek forces. What the Spartan King Leonidas did next is what we are going to talk about. King Leonidas, knowing the dire situation that he and his troops were in, dismissed the bulk of the Greek army and remained to guard their retreat with only 300 Spartans, 700 Thespians, 400 Thebans, and perhaps a few hundred others, most of whom were killed. Why did King Leonidas so eagerly go into a battle that he knew would take his life and the lives of his men? The following information may help explain why King Leonidas willingly gave his life that day.

**WARNING: Before we go into the training of the Spartan warrior, we have to warn you that most parts of the Spartan’s training would be considered extremely cruel in our current society. We are not condoning how the Spartans trained their warriors, we are just stating facts.**

Unlike other Greek societies of the time, Spartan men did not have a career choice. All Spartan men were born to be warriors. From birth until the age of 60, a Spartan man’s only focus was war.

As soon as a baby boy was born in Sparta he was taken to the Council of Elders so that they might decide if he should live or die. If the child was strong and healthy he was given back to his parents, if he was weak and ailing he was left alone on a hillside to die from cold and hunger. 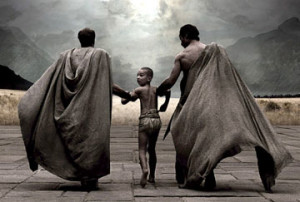 When the boy reached seven years of age, the Spartan boy was taken from his home to a public training-house. Here the strict discipline begins. Shoes and stockings were never worn by the little Spartan warriors, although the hills and countryside were rough for unshod feet. In winter they were clad in one garment, just as in summer. Their beds were made of rushes, which they had themselves gathered from the banks of the river Eurotas. This was a hard task, for they were not allowed to cut them with a knife, but must break them with their hands. In winter the boys used to scatter thistle-down on the rushes to give a little warmth to their hard couch. 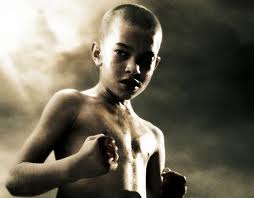 Each child, from the age of seven, cooked his own food, which was scanty and plain. If after their meals the boys were still hungry, that was looked upon as a good thing. It would teach them to hunt the more keenly, that they might add to their daily portion of food. It would teach them to steal from the neighboring farm-yards or gardens without being found out. So a hungry Spartan boy would climb into a garden undiscovered, or even slip into a stranger’s larder in search of fruit and food. If the boys were caught, they were punished, not for stealing, but for being so clumsy as to be caught.

Here is a famous story about the toughness and severe conditions these young warriors had to go through: “Once a Spartan boy stole a young fox and hid it under his coat. It soon began to scratch with its claws, to bite with its teeth, until the lad was in terrible pain, yet he would have died rather than tell what he was suffering. Such was the endurance taught to the young boys of Sparta.” 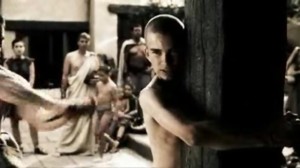 If a boy complained of any hardship, or disobeyed any order, he was flogged, perhaps even tortured. One test of his endurance was a terrible scourging, under which he would die rather than utter a cry of pain.

When war actually came and the Spartans were on the field, they were treated with more kindness than in time of peace. Their food was more plentiful and pleasant, their discipline less strict. This was done to make the soldiers look forward to war, and to desire it rather than peace. The Spartans were happier in war than in peace. 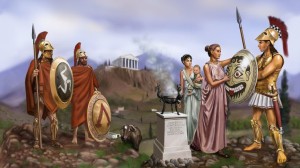 As hard as the Spartan training was, and as cruel as it sometimes became, it made boys into strong and fearless soldiers. Bravery was the ultimate virtue for the Spartans. There are famous stories of Spartan mothers who would give their sons the shield with the words “[Return] With it or [carried] on it!” that is to say, either victorious or dead.

Retreating in battle was not an option for a Spartan soldier, in fact it was worse then death. Their goal was to either win the battle and return with their shield, or they were to give their life fighting in honor, returning dead on their shield. Those were the only two options for the Spartan warrior.

For a Spartan, to die in battle was a honor like no other. They embraced the challenge of battle and they looked forward to it. Death in battle was romantic to a Spartan warrior. That was their fate from birth, to be a perfect war machine with no fear of death. Maybe this embracing of death was all about honor, but maybe death for a Spartan warrior was the only way they could truly experience peace. Either way, this is why King Leonidas openly accepted his fate, and even looked forward to the glory of death. Because that is what he and his soldiers were born to do. 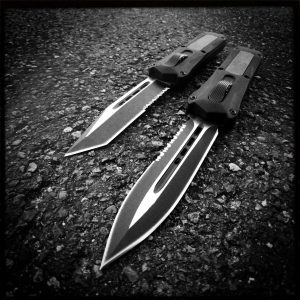 Just like the young Spartans who were born with a purpose, our Spartan OTF knife is also built with a purpose. That purpose is to perform under any and all circumstances. We hand assemble every Spartan OTF knife, and every Spartan blade is hand sharpened using a 4 step process. These knives will stand up to whatever you throw at them, that is a guarantee; and just like the Spartan warriors, they will embrace the challenges they are put through. These knives have real Ebony wood inlays on both sides of the handle. This makes for extra gripping ability which is critical for hard core thrusting and cutting.

To see our torture test for the Spartan see the video below and remember the just like all our other OTF knives, the Spartan comes with a full, no questions asked, lifetime warranty. So if you do find a way to end the life of your Spartan, we will send you a new one.