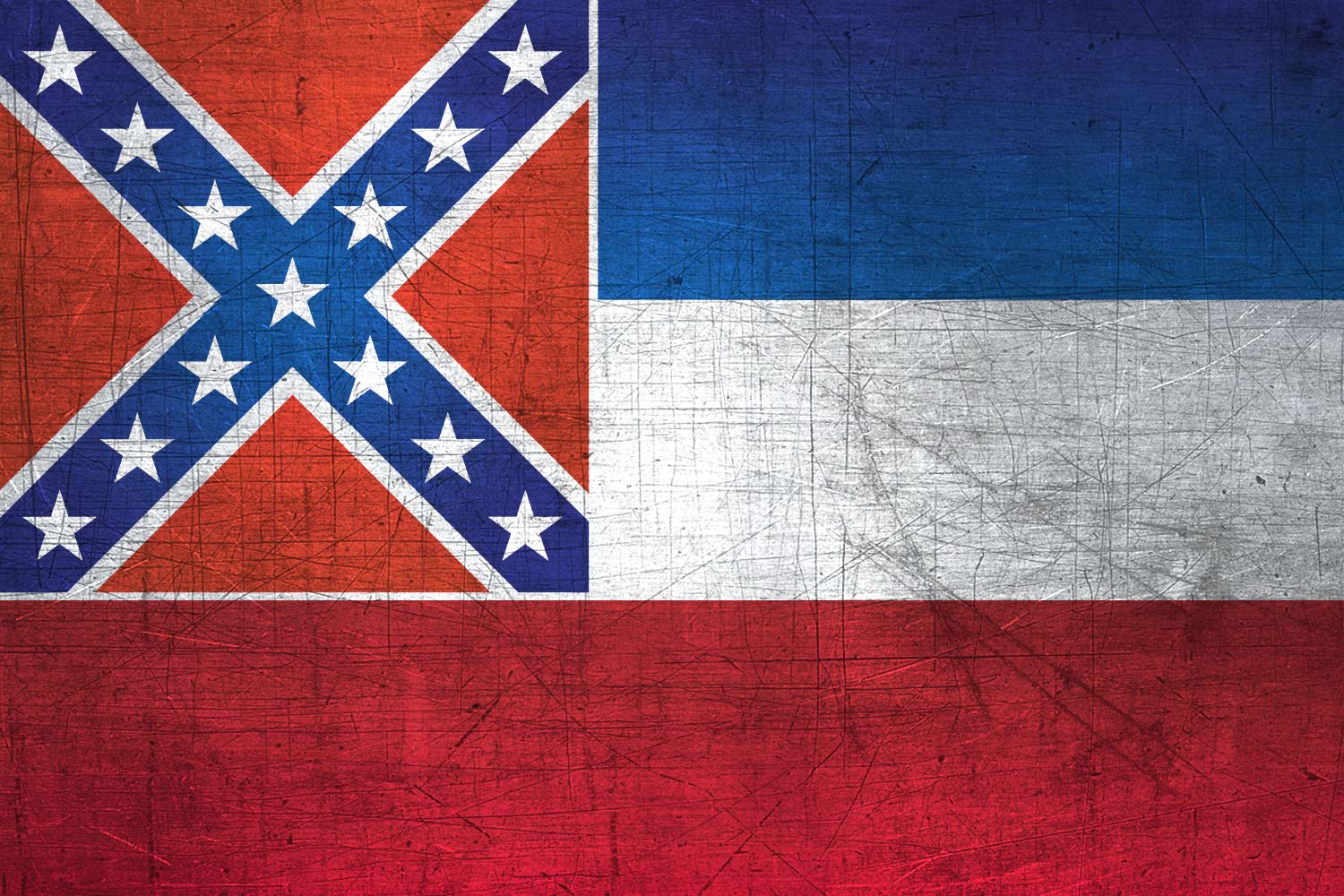 It is a violation to carry concealed any bowie knife, dirk knife, butcher knife and/or switchblade knife with some exceptions.

Minors may not carry or possess deadly weapons.

Weapons are not permitted on “educational property”.

All knives may be carried openly. A few types of knives – bowie knives, dirks, butcher knives, and switchblade knives – are subject to some concealed carry restrictions.

Constitutional preemption obtains in Mississippi per Article 3 Section 12 of the State Constitution which provides:

The right of every citizen to keep and bear arms in defense of his home, person, or property, or in aid of the civil power when thereto legally summoned, shall not be called in question, but the Legislature may regulate or forbid carrying concealed weapons.

Accordingly, only the Legislature may regulate or forbid carrying concealed weapons. Open carry is Constitutionally protected.

It is unlawful to provide, sell, or transfer a bowie knife, butcher knife, switchblade knife, or dirk to a minor or an intoxicated person.

An amendment to 97-37-1. enacted in 2013 substantially changed the statutory standard of concealment. The prior version made it unlawful to conceal “in whole or in part.” That wording was removed by the amendment which added sub-part (4):

Bowie knives, butcher knives, switchblade knives, and dirks are the cutting instruments listed in sub-section (1), and are NOT concealed if carried in a sheath, or scabbard that is at least partially visible.

An exclusion for certain wholesome activities:

(3) It shall not be a violation of this section for any person to carry a firearm or deadly weapon concealed if the possessor of the weapon is then engaged in a legitimate weapon-related sports activity or is going to or returning from such activity. For purposes of this subsection, ‘legitimate weapon-related sports activity’ means hunting, fishing, target firearm or other weapon.

It is not unlawful for an adult to carry weapons on one’s property, place of business, or automobile:

(2) It shall not be a violation of this section for any person over the age of eighteen (18) years to carry a firearm or deadly weapon concealed within the confines of his own home or his place of business, or any real property associated with his home or business or within any motor vehicle.

It shall be a misdemeanor for any person to possess or carry, whether openly or concealed, any . . . bowie knife, dirk, dagger, . . .  switchblade knife, . . .  razors and razor blades (except solely for personal shaving), and any sharp-pointed or edged instrument except instructional supplies, unaltered nail files and clips and tools used solely for preparation of food, instruction, and maintenance on educational property. Any person violating this subsection shall be guilty of a misdemeanor and, upon conviction thereof, shall be fined not more than One Thousand Dollars ($1,000.00), or be imprisoned not exceeding six (6) months, or both.

“Educational property” shall mean any public or private school building or bus, public or private school campus, grounds, recreational area, athletic field, or other property owned, used or operated by any local school board, school, college or university board of trustees, or directors for the administration of any public or private educational institution or during a school-related activity, and shall include the facility and property of the Oakley Youth Development Center, operated by the Department of Human Services; provided, however, that the term “educational property” shall not include any sixteenth section school land
or lieu land on which is not located a school building, school campus, recreational area or athletic field.

A drop-off/pick-up exception exists for parents and guardians. The restricted knives discussed above are not included in the exception.

Switchblades under Mississippi law – are sometimes carried in a belt pouch, but more often pocket clip carry is adopted. Arguably, the “partially visible” exception would apply to pocket clip carry assuming the knife was not “hidden or obscured from common observation,” but this precise issue has not been examined in any reported decision from the Mississippi courts. Use cautiously.

97-37-1. lists bowie knives and dirks among the class of weapons subject to certain restrictions including concealed carry. The same listing applies to 97-37-5. Mississippi does not provide a statutory or legislative definition for bowie knife, butcher knife, or dirk.

In the case of Summerall v State, 41 So.3d 729 (2010), the Court of Appeals undertook to perform a legislative function and created a definition based on its examination of ‘dirk’ cases from various other states including NY, NE, NV, MA, and NY. The Court described this endeavor as ‘an interesting task’.

One Shauntell Summerall, a convicted felon who had completed his term, was observed by two police offices as having the radio in his parked car at a high decibel level. The officers intervened and discovered a sheath knife with a blade of four (4) inches in his rear pocket. A photo of the knife is part of the Court of Appeals opinion cited above. Most people would classify it as a drop point hunter’s knife. Summerall was charged with being a felon in possession of a dirk under 97-37-5.

Both officers testified at trial but offered no evidence as to the characteristics of a dirk. When the jury began to deliberate it requested “pages from the internet defining what a dirk knife is” which request was denied by the trial judge. Summerall was found guilty and sentenced to ten (10) years in prison. He appealed, understandably, on the grounds that dirk was vague. The record of the trial did reveal that the jury did not have confidence in its understanding of that precise point. The Court of Appeals rejected the vagueness challenge asserting a lack of proof by Summerall:

Here, we find Summerall fails to establish the unconstitutionality of 97-37-5 beyond a reasonable doubt and is unable to overcome the strong presumption of the statute’s validity. As directed, we resolve any doubt in favor of the statute’s validity. Given that Summerall fails to demonstrate an individual of ordinary intelligence would not comprehend the prohibited conduct, we find this issue lacks merit.

Paradoxically, the Court of Appeals also held that the police officers, prosecution, and members of the jury – individuals “of ordinary intelligence” presumably – were mistaken since the knife in question was not a dirk and the conviction was reversed. The Court then announced that a definition promulgated a definition it adopted from a New York court that created it:

To provide further guidance to law enforcement, prosecutors, and citizens of Mississippi, we draw from established precedent and both the traditional and modern views and hold that to qualify as a dirk knife, the weapon must: (1) have a blade with at least one sharpened edge which tapers to a point and (2) be designed primarily for use as a stabbing weapon. We decline to expand the reach of 97-37-5 to prohibit the possession of all fixed-blade knives of certain length as restraint dictates that broader application would require legislative action.

97-37-9 provide affirmative defenses to 97-37-1 which may be raised by, among others, law enforcement personnel, mail carriers, military personnel, and members of church security programs. An exception obtains for a person traveling or setting out on a journey who is “not a tramp.” Traveling means traveling of such distance as to take one beyond the circle of his friends and acquaintances.