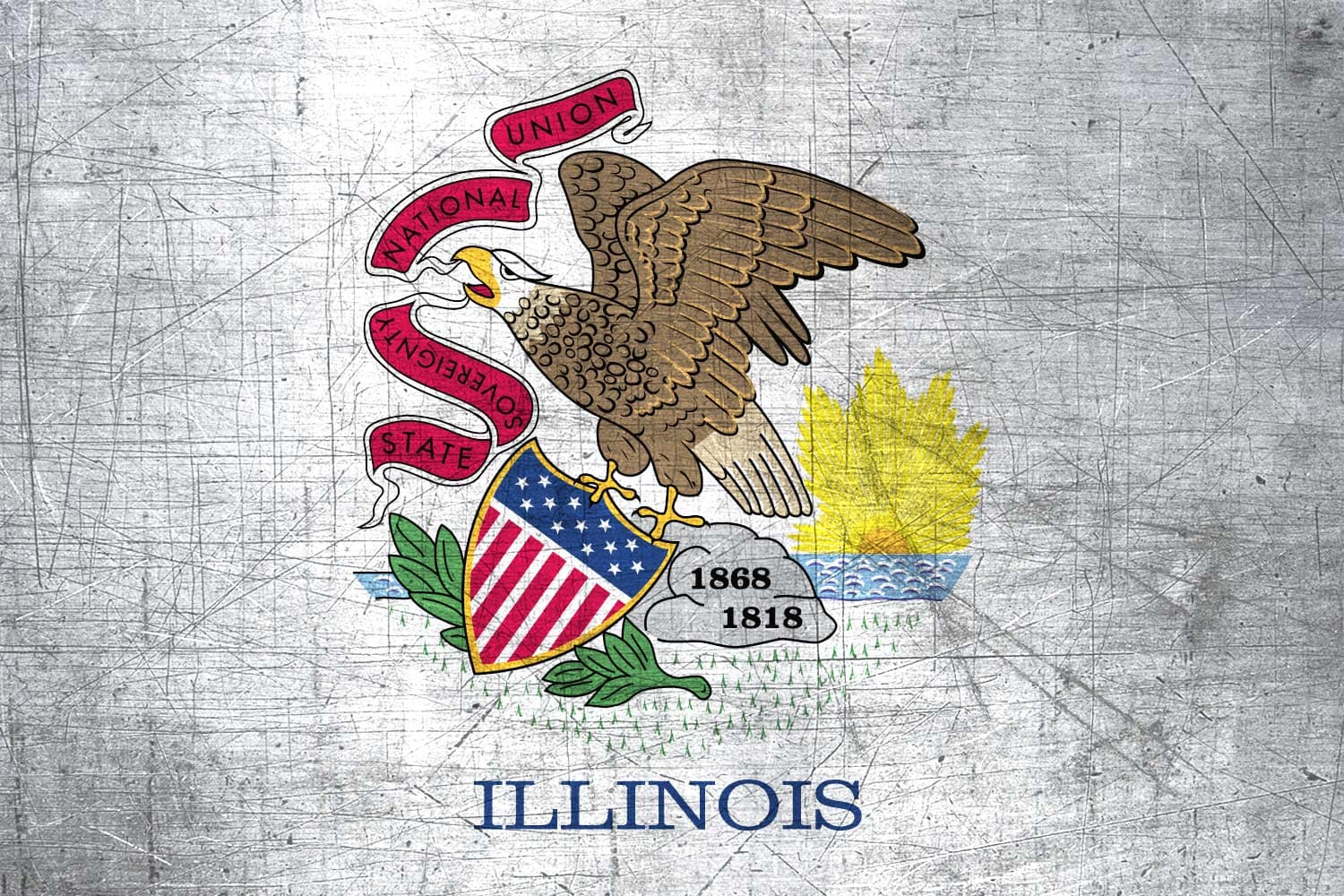 Illinois schools are considered weapon free zones. It is a crime to possess a knife on school property.

720 ILCS 5/24-1, the UUW law provides that switchblade knives and ballistic knives are forbidden. Possession of a valid Firearms Owners Identification Act (FOID) card, is an exception to the “switchblade” restrictions in this statute. Given long-standing and widely recognized principles of statutory interpretation, FOID card holders may possess and carry automatic knives, nobody may possess or carry a ballistic knife, and all other knives are un-restricted absent unlawful intent.

However, 720 ILCS 5/21-6, Unauthorized Possession or Storage of Weapons provides that “Whoever possesses or stores any weapon enumerated in Section 33A-1 in any building or on land supported in whole or in part with public funds . . . commits a Class A misdemeanor.” As to knives, anything with a blade at least 3 inches is restricted. Whether a building or land is supported at least in part by public funds may not be readily discernible. An intermediate-level appellate court has interpreted this statute to include a knowledge element, meaning the state must prove that the violation occurred “knowingly”.

Restrictions on Sales or Transfer:

Not an issue except as to certain City Ordinances.

Restrictions on Carry in Specific Locations:

Knife possession restrictions based on location are common and are almost always based upon obvious criteria such as the activity that occurs thereon, or the people likely to be present. The criteria in Illinois for knife restricted locations is “support, in whole or in part, with public funds” which may not be readily discernible. It is also arbitrary in that there is no nexus or logical connection between activity at the location and some heightened vulnerability or need for protection.

Federal, state, county, municipal, or other local entities are possible sources of “public funds”. Moreover, there are numerous quasi-public entities through which grant money and other public funding are dispersed. It is rarely knowable without a laborious and exhaustive search of records (assuming all relevant records are accessible) whether a given parcel or building located thereon is supported in whole or in part with public funds. The “knowingly” element per the Sito case prevents the statute from creating a “minefield” of restricted locations.

In 2009 the 20 ILCS 5/21-6 was invoked to prosecute the possession of knife with a blade measuring 3 and 1/8 inches. This occurred in a Chicago government building rather than an academic location.

One David Sito entered the Daly Center building on his way to meet a Sheriff’s deputy. His backpack was scanned and found to contain the knife. He was convicted and sentenced to 364 days confinement. On appeal, he asserted that a measurement of only the sharpened length of the blade was less than 3 inches and that the jury was not instructed that it must find that he “knowingly” possessed the knife. The court ruled that while the appropriate dimension was the entire blade length, the failure to include “knowingly” in the jury instruction invalidated the conviction. People v Sito, 994 N.E. 2d 624 (2013).

The purpose of this statute was to promote decorum within Illinois academia. The Illinois Legislature found that:

The legislative solution to this state of havoc within Illinois institutions of learning became 5/21-6 which provides:

(a) Whoever possesses or stores any weapon enumerated in Section 33A-1 in any building or on land supported in whole or in part with public funds or in any building on such land without prior written permission from the chief security officer for such land or building commits a Class A misdemeanor.

(b) The chief security officer must grant any reasonable request for permission under paragraph (a).

The law passed neither specifically mentions academic property, nor limits the scope of the measure to places of learning or “serious study”.

The UUW contains “location-based” restrictions through penalty enhancement provisions. Possession of a switchblade, or possession with unlawful intent of a dagger, dirk, stiletto, etc., in a non-specified location, is a Class A Misdemeanor, with a maximum punishment of up to 364 days in jail and/or a fine of up to $2,500. Sub-section (c)(2) of the UUW provides for a Class 4 Felony penalty:

Illinois has neither followed the legislative course of the Federal government in adopting the “bias toward closure” distinction for assisted opening knives nor recognized the distinction judicially. The statutory definition which features the wording “opens automatically by hand pressure applied to a button” is not easily distorted to apply to assisted opening technology.

Illinois law enforcement and courts base blade length measurement of the distance between the hilt and the tip of the blade.

There is no statewide preemption of local ordinances pertaining to the possession and carry of knives. Cities and counties in Illinois are free to enact restrictive ordinances. The City of Chicago, for instance, prohibits the carry of any knife with a blade longer than 2 ½ inches.

Simple or no unlawful intent violations of the UUW are Class A misdemeanors as are violations of 720 ILCS 5/21-6. The punishment may include confinement up to 364 days and a fine of up to $2,500. Under Illinois law, the penalty for a Class 4 Felony is a term of imprisonment for at least 1 year, but not more than 3 years, and a fine of up to $25,000.