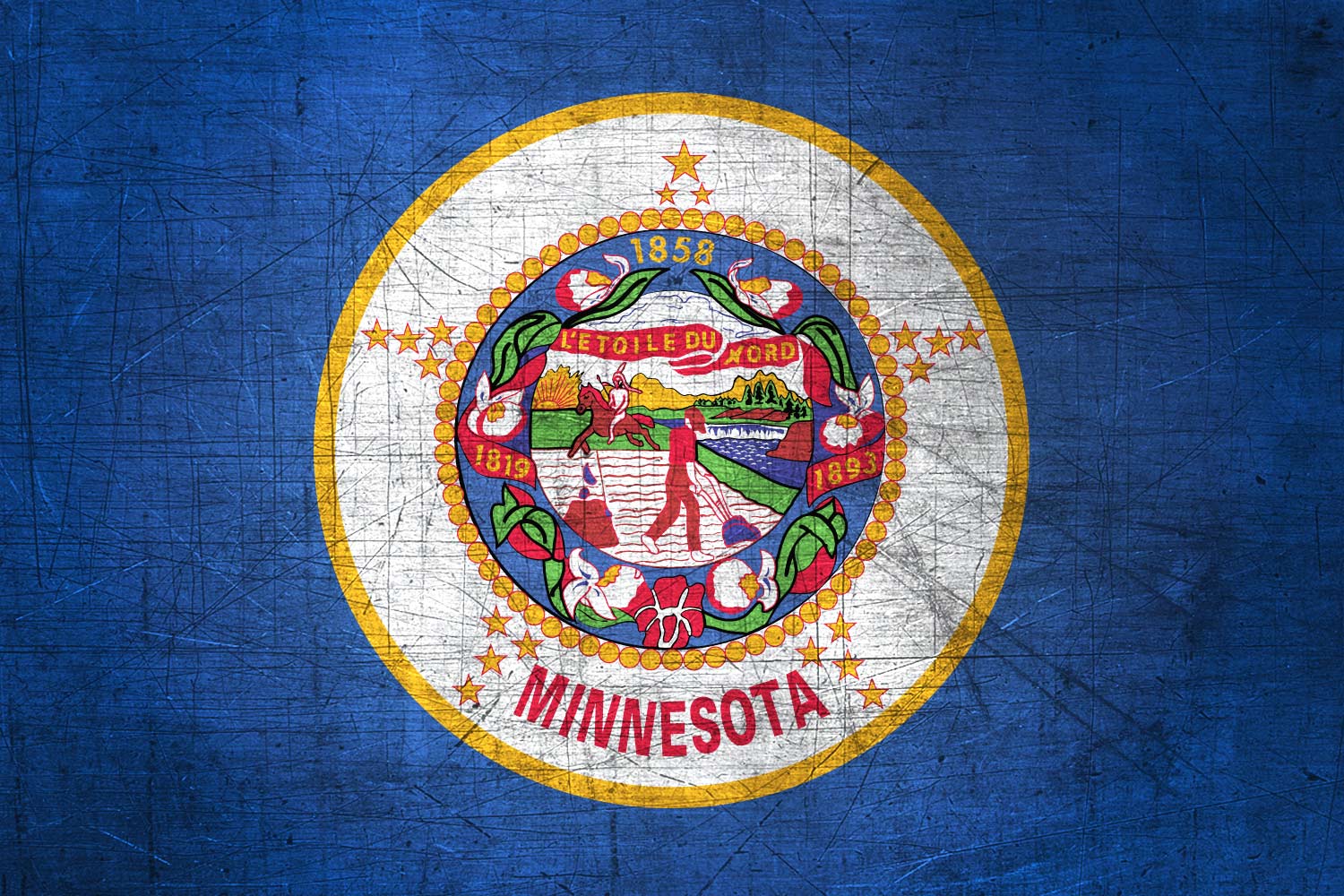 The Minnesota law concerning the possession and carry of knives is contained in 609.66 captioned “Dangerous Weapons”. The only reference to knives is found in Subdivision 1. Misdemeanor and gross misdemeanor crimes, (4) which provides that it is an offense to manufacture, transfer, or possess a “switchblade knife opening automatically”.  Given the rule of interpretation or construction that the express mention of one item, excludes all others – expressio unius est exclusio alterius– no other knife types are restricted.

Concealment is not an issue.

addressed the issue of a folding knife with a blade four inches in length on school grounds. The school staff routinely conducted “contraband checks” of students’ outerwear hung from hooks in the hallways. On Monday, November 2, 1998, the knife was found in the pocket of a coat belonging to a minor identified as C.R.M.

The school protocol upon finding “contraband” was to take the coat to the nearby classroom and ask who owned it. C.R.M. unhesitatingly identified his coat and when shown the knife he stated, “Oh man, I forgot to take it out, I was whittling this weekend.” The county police were summoned to the scene and C.R.M was charged with a felony. The judge reluctantly found the minor guilty at the juvenile proceeding based on the language of 609.66 1d and urged an appeal to a higher court. The court of appeals, an intermediate-level court, upheld the trial level judge. C.R.M. then sought relief from the Minnesota Supreme Court which stated:

we observe that knives as common household utensils are clearly not inherently dangerous, as they can be used for a myriad of completely benign purposes–for example peeling an orange or sharpening a pencil–and are certainly not as inherently anti-social as illegal drugs and hand grenades. Moreover, mere possession of something that may fit the statutory definition of “dangerous weapon”–for example, a paring knife or scissors–would not create a level of panic, even on school property, that a “reasonable person should know [possession] is subject to stringent public regulation In many if not most cases prosecuted under a statute proscribing occurrences on school property, we note further, the accused will be a school-aged minor.Thus we conclude that in light of our jurisprudential history requiring clear legislative intent to dispense with proof of mens rea and our heightened concern when it relates to felony level crimes, and because we believe the nature of the weapon here–a knife–was not so inherently dangerous that appellant should be on notice that mere possession would be a crime, respondent was required to prove that appellant knew he possessed the knife on school property as an element of the section 609.66, subd. 1d, offense charged.We reverse the court of appeals decision and remand to the trial court to determine whether appellant had knowledge of possession . . .

The Minnesota Supreme Court did not rule that the subject folding knife was not a “dangerous weapon.” Rather, it held that there must be an element of mens rea (legalese for “guilty mind”) given the felony-level consequences.

Convictions of minors for possession of certain knives on school property have been upheld in the years since In re the WELFARE OF C.R.M., child where the evidence supported a weapon like design and knowing possession. Similarly, convictions for entering court facilities while in possession of a knife if the knife has weapon-like characteristics, which can be a locking blade, and the circumstances suggest knowledge of possession by the defendant.

The Minnesota statute provides minimal guidance as to what constitutes a “switchblade knife opening automatically.” The “bias toward closure” exception, which was the central feature of the 2009 amendment to the Federal Switchblade Act, has not been recognized or incorporated into Minnesota law. While a good argument may be made that “opening automatically” is not the same as assisted opening, one cannot be confident that an assisted opening knife will not be found by a court to be unlawful under 609.66. Subdivision 1 Misdemeanor and gross misdemeanor crimes.

Exceptions to Subdivisions 1d and 1g exist for licensed peace officers and military personnel who are performing official duties.

Violations of the school and court facility subsections of 609.66 are felonies punishable by not more than 5 years imprisonment and/or a fine of not more than $10,000.